Which was the first Geoponics product you tried and what did you see from it?
The first thing I tried was the liquid fertilizer Carbotein (www.Carbotein.com). Everything I’ve put it on has turned out looking really, really great; leaves are glossy, the foliage is a nice deep green. The plants we treat with it just look robust and healthy. I know it kinda sounds funny, but the best best way to describe it is to say the plants look fake they look so good. It’s important to mention that with all the results you see from it, one thing you don’t get is excessive growth.

I’ve been running my own landscaping business professionally for 10 years, and I look at my job and my life the same way, I keep it simple. I can look at a plant and tell if it likes the food I’m giving it, and all the ones I’ve used Carbotein on have looked like they were having a blast! After seeing what it can do, I think of it as a vitamin shot with super steroids. It’s a great product, it’s not expensive at all, and I’m definitely going to keep buying it.

That’s fantastic to hear. Can you tell me some more about the results you’ve seen since you began using it?
Because we service a high-end clientele that tends to have lots of ornamentals, I’ve had a chance to see the product in action on a broad range of plants, and I can confidently say I have seen a drastic change for the better everywhere it’s been used. Keep in mind our flowers have always looked good, so the amount of improvement we’ve seen is absolutely amazing. 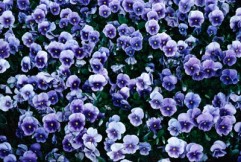 Pansies are a great example. I planted 42 flats at my house alone, and you know everybody on my road has pansies, but mine look amazing by comparison and absolutely dwarf theirs. Those things are just slam-loaded down with blooms, but not leggy at all they way they can be. Like I said before, it almost looks like someone has stuck a bunch of artificial plants in the ground they look so perfect. The Camellias I sprayed are nice and thick with lots of blooms as well. Same with the Lantanas, Dragonwing Begonias and Coleus we have treated.

As an experiment I did a root injection on a Crepe Myrtle after it had flowered, and it put out a second set of blooms. That just doesn’t happen, so you know the Carbotein (www.Carbotein.com) was really making that tree happy. I also started a new stand of fescue in the yard this year, and I’ve only used the Carbotein twice, and the grass is so thick it’s like carpet. The neighbors are shaking their heads and asking me to quit making them look bad.

WOW! Obviously the outwards effects are substantial, but what about upkeep, have you noticed any change in the care these plants require?
One thing I did noticed was that all summer long, even with long stretches of triple-digit temperatures, the beds I maintain just didn’t need to be watered as much I would have expected, and the only thing I’d done differently was use the Carbotein. I’m using less fertility now in general too because you don’t need to push a bloom buster if the plants are as full as the ones we’re growing. 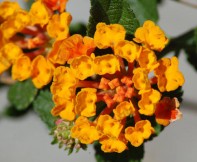 Excellent. Speaking of water, I understand you have been using our soil penetrant (www.soilpenetrant.com) on lawns suffering from compaction issues. What have you seen? (See Video on Geoponics.TV)
I’ve used Penterra (www.Penterra.net) on a number of yards where the ground was hard as rock, and afterward there is a night and day difference, especially when it comes to being able to get a good plug when aerifying.

I have one non-irrigated yard that really was like a brick back in August (2011) when we had all the high temperatures. I coated it well at the high label rate of 2 quarts per acre, and then we got a good overnight rain the day before we ran the plugger. We couldn’t believe it, but the machine actually started to sink into the ground! There hadn’t been enough rain to cause that under any circumstances, let alone on a yard that compacted, so it had to have been the Penterra. I was just amazed. I had a hard time even explaining it to the homeowner because we were both shocked by what we were seeing.

Another customer had the opposite problem; drainage was just terrible in his yard. Plants were dying all over the property, and when we pulled them out the roots would be dripping with water even though it hadn’t rained. We tried Penterra and after 3 treatments, lo and behold, there are no more issues. The water is moving down through the earth now. If those treatments hadn’t worked the next step would have been to go in with heavy equipment and do a bunch of regrading and rebuilding of the beds, so a few dollars worth of chemical saved my customer literally thousands of dollars. And I was glad because I didn’t want them to tear up his yard and make a bunch more work for us.

Again, it was such a remarkable result that if I hadn’t seen it with my own eyes I never would have believed it. That product has given me a level of control over soil moisture (www.SoilSurfactant.com) that I didn’t think was possible, and I get the feeling that we’ve only scratched the surface of what it can do.

Are there any other products you would recommend to other landscapers?
When we spray a 3-way product that will yellow the fescue I go out with the Grizzly Foilar Iron (www.GrizzlyFoliars.com). It does a wonderful job of hiding that at a lower rate than what we had been using before, so that’s definitely worth a try if you want a quick green up.

The one product that I am most interested in at the moment is the ENDURANT (www.TurfPaint.net) Pine Straw Refresher. I’m doing a trial evaluation of that one now, and three months after spraying it the test bed looks like we laid it yesterday; after it rains it looks especially good. Originally I was thinking we’d treat old material that had lost its color since it would be a good way to save my customers a little money while buying some time so my guys could be doing other things than bringing in all new pine straw, but at the time I got my sample we didn’t have any places to try it. I’m glad we didn’t too, because now I’m thinking we’ll get a better end result by starting fresh.

Sounds good. You’ll have to be sure to let us know how that trial bed holds up compared to untreated ones. Is there anything else you’d like to say about your experiences working with Geoponics before we finish up?
Some products you use because they let you keep things looking the way you want them, they help you maintain a certain standard, but when you find one that helps you to make improvements while doing the same amount of work, or even less, then you’ve found yourself a winner.

Bottom line is, when you get the kind of results where homeowners can see the benefits with their own eyes, that keeps you customers. Actually, it gains you customers because they turn around and tell people about it. That’s been picking up for us since we started using the Geoponics stuff, and I know it’s going to keep happening more and more, so I plan on sticking with these products. I would absolutely recommend other business give them a try because I’ve been really impressed by what they’ve done for me.